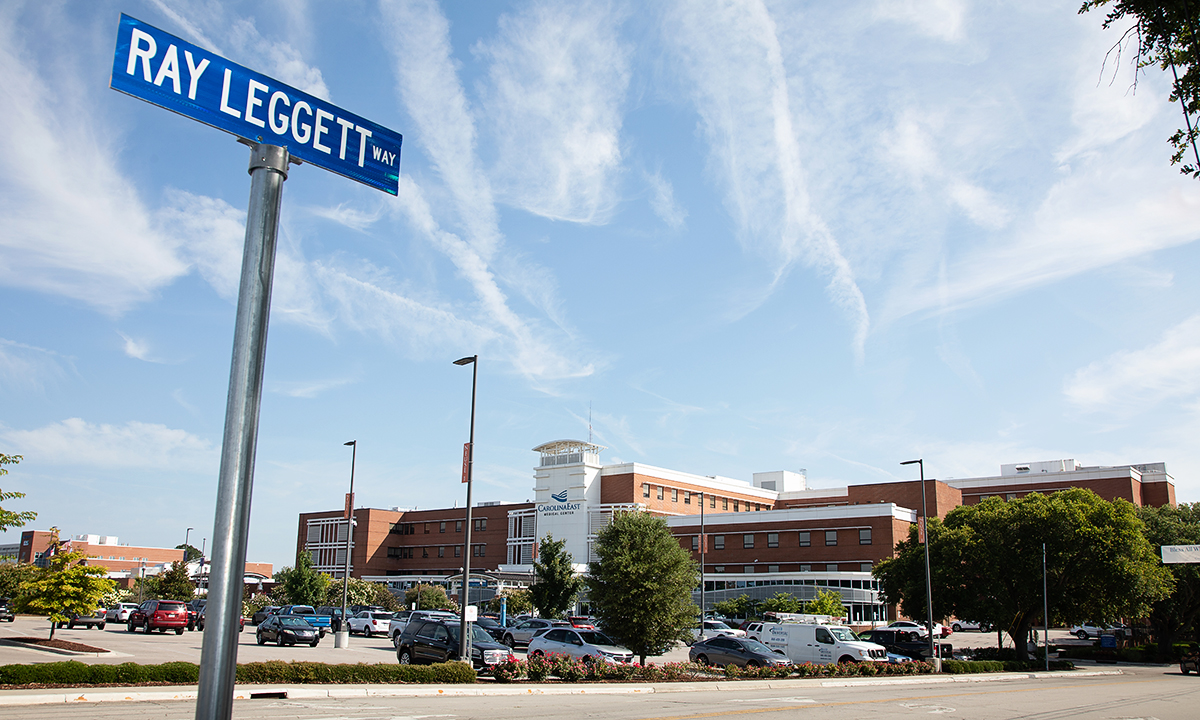 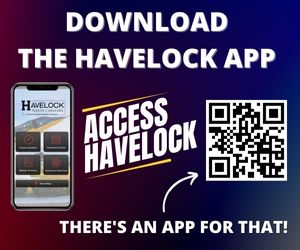 (New Bern, NC) – Ray Leggett, who has helped transform healthcare in Eastern North Carolina, is celebrated during his final weeks as President and CEO of CarolinaEast Health System. As his last day approaches - Thursday June 30, 2022 - Leggett and others reflect on his decades of service to the award-winning organization.

“Being a small part of this outstanding Organization for the last 32 years has been a real blessing for me. Being the President/CEO for the last 14 years has been the greatest honor and privilege of my professional life,” Leggett said. “I love the staff here and how they always answer the call 24/7/365, for every single person that comes through our door. They are always here and ready, even throughout a worldwide pandemic or during the worst hurricane in our lifetime. They never let our Region down.”

​The staff have equally positive memories of Leggett. Jenny Middleswarth, RN, ICU explains: “There are two things I will always remember Ray saying: ‘we are better because you’re here’ and ‘thank you for everything you do each and every day.’ Ray is quick to admit he cannot do the jobs many of us do but how much he appreciates all of us for being at work and getting the job done, no matter what. In these difficult times, it has been wonderful to know he supports us 100%. He has always told me if I ever need anything to reach out to him; you will not find many CEOs that would say that to their employees ... and actually mean it.”

​Under Leggett’s leadership, Craven Regional Medical Center expanded into the multi-facility CarolinaEast Health System that has expanded the reach of health care and helped improve the health of North Carolinians in the Eastern and Coastal region. Leggett spearheaded efforts to expand services offered at CarolinaEast, including the construction of the 80,000 square foot SECU Comprehensive Cancer Center that opened its doors in January 2020 and made a world-class cancer center available in Eastern North Carolina. He cultivated relationships with other medical leaders, which opened doors for the 2021 affiliation with UNC Health, one of the nation’s top academic medical institutions.

​"I have had the pleasure of working for Ray in various capacities for 22 years,” reflects Tim Ludwig, VP of Ancillary Services. “During my professional career I have never had a leader who inspired me as much as Ray. His drive to excel, his forward thinking, his willingness to tackle difficult decisions, and his overall compassion for others is what sets him apart. His positive impact on this entire region of healthcare will be felt for generations.”

​Others focus on his compassionate spirt. Peggy Williams of CarolinaEast Urology Center says, "I have known Mr. Leggett for several years and have always felt he is the kind of person who throws around kindness like confetti. He is a true gentleman. It has been a pleasure to be associated with him during my time at CEHS.”

​Similarly, Deb Rogers, Clinical Director, states, “Mr. Leggett, Ray, is a quiet leader who has the community and his team on his heart at all times. I have learned so much from him about being a leader, but even more about being the best kind of human I can be. He is kind, generous, and compassionate. I will always strive to do him proud as a leader and a person!”

​Hundreds of letters and cards were written and turned in by staff to thank Leggett for his incredible leadership, many with similar sentiments. Others attended a retirement reception to say goodbye and thank Leggett in person. Additionally, the CarolinaEast Board of Directors spearheaded the effort to officially change the name of Hospital Drive to honor Leggett. Many will fondly think of him as they enter the campus via Ray Leggett Way for years to come.

CarolinaEast boasts many awards and accreditations under Leggett’s leadership, including Newsweek Magazine and Business North Carolina Magazine top hospital, American College of Cardiology accredited HeartCARE Center, Cath Lab, and Chest Pain Center, among many other prestigious recognitions. In October 2020, Leggett himself received the 2020 Citizen of the Year Award from the New Bern Civitan Club.

In addition to being an incredible leader at CarolinaEast Health System, Leggett is a long time New Bern resident who is very active in the community and his church. He is quick to credit the success of CarolinaEast to the dedicated employees, physicians, leadership, and volunteers that serve the organization in our community.

“CarolinaEast Health System has a fabulous team and I am confident that long after I am retired, they will still come to work every single day with a Servant’s Heart, remembering ‘The Golden Rule’. The staff will continue to look for opportunities to make CarolinaEast better for others,” said Leggett. By all accounts, he lives by the same Rule himself. “I tried every single day to do the right things for the right reasons. I hope that I have served them well.”

It is safe to say he has. According to David Williams, Manager, Diagnostic Center, “He knows our names, and he knows our stories. He built each of us up by creating a tremendous culture and challenging us that anything short of excellence is not our best. Serving the healthcare needs of our community was a calling. He illustrated this daily by his personal example. Mr. Leggett will be missed, but no one could have prepared our Health System better than he. Thank you, Ray. Godspeed.”

A “Resolution of the Administrative Team” was presented to Leggett in his final days at the organization. An excerpt reads: “NOW, THEREFORE, BE IT RESOLVED by the members of the Administrative Team of CarolinaEast Health System that they do hereby express to G. Raymond Leggett III their profound gratitude for his outstanding leadership, commitment, and generous service to our organization and do, by the adoption of this resolution, commit to honor his efforts in perpetuity.”

Leggett will be succeeded by Michael Smith, incoming CEO/President of CarolinaEast Health System, on July 1, 2022.​ 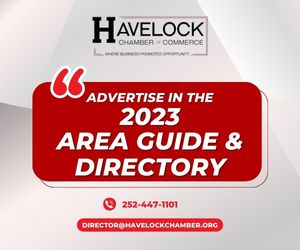